To see our older posted stories please visit one of STORY ARCHIVE pages below:

A Big Thank You to everyone who helped build the planter boxes this week.

The crew  set a record for speed this year. Nine large planters completed in just four days. We started with 83 twelve foot long boards, 8 eight foot long 4 X 4’s and 14 eight foot 2X4’s. Cut them into 360 different parts and used over 1,000 screws to build the planters. That was a lot of cutting up and screwing around. And we even lined each planter box with a layer of plastic.

The next phase of the project will entail removal and disposal of the existing old planters in the CLG. Hopefully we can coordinate with the weatherman to schedule a couple of warm days when the ground is not too frozen. 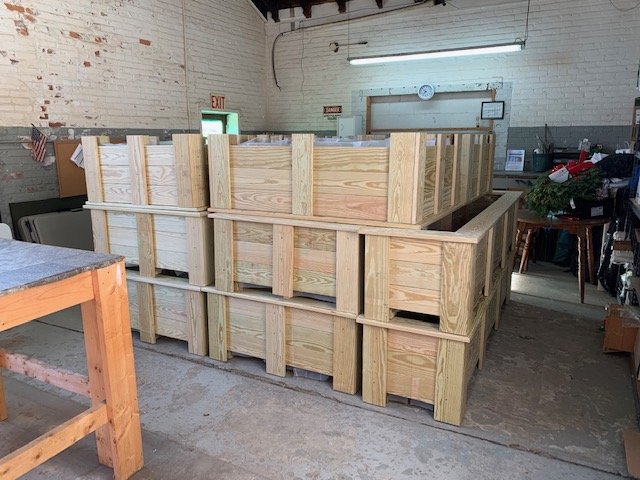 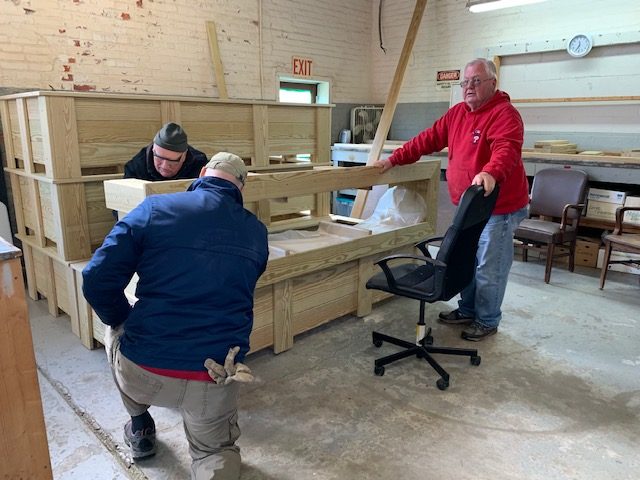 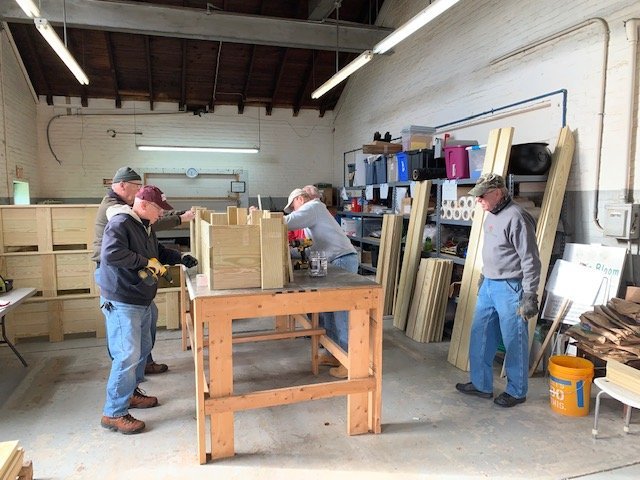 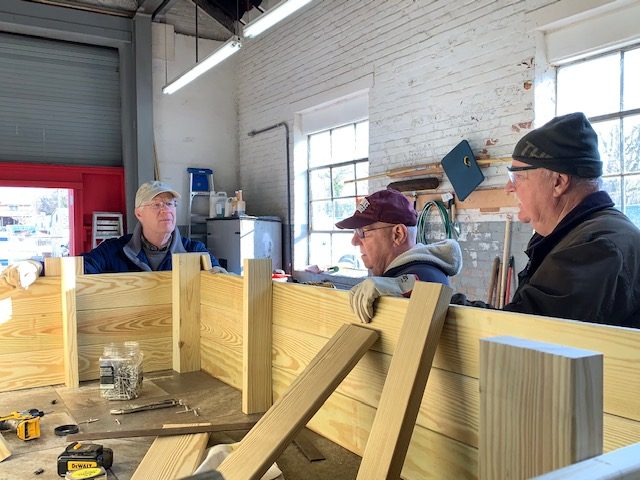